The drive from Phoenix to Palm Springs isn’t much to most people. In fact, most people probably dread that drive. It’s nothing but desert, after all. But those miles of desert have done more for my heart than any other stretch of road.

The first time, I was moving from Texas to California — quite possibly the most life-changing thing I’ve ever done. The second, I was headed home after spontaneously driving to surprise one of my grandmothers and two of my sisters in Scottsdale. I missed home. They were what I needed. The third, from Scottsdale, again, but this time I wasn’t headed home. I was simply headed to an engagement shoot. A whirlwind of emotions hit me on that drive. If I’m honest, I was feeling incredibly anxious.

But if there’s one thing that will take me out of my head, it’s jumping into the true empath that I am and focusing my energy on others.

So, enough about me…

Let’s talk about Charlene and James.

These two are something special. I knew we were of-the-same-kind from the moment I chatted with Charlene on FaceTime. She’d just got done working out, but knew I wouldn’t give a damn. In case you were wondering…she was right. I’m usually five days in to unwashed hair and wearing the same Harley Davidson t-shirt that has a few perfect holes worn into it. Anyways, Charlene rocks. She’s edgy, cool, a freaking babe, and a truly awesome human at the same time.

When we were chatting about their engagement session, I suggested the idea that we Turo a vintage Mercedes convertible for their shoot — and they. were. so. down. Music to my ears!

Fast forward to hanging in the desert of Palm Springs a few months later, and I’m swooning over this couple all over again. James told me a story about time the two spent in Bali after their engagement. Apparently their driver commented something about how he didn’t believe they were engaged because of their physical touch with each other. Well, y’all. Try to make it to even the second photo of this post without saying, “HOLY SMOKES THESE TWO ARE HOT.” To me, the simplicity of being comfortable in each other’s presence communicates more about two people than anything else. You see that in these photos.

You see James’ love for Charlene when he comfortably rests his head on her shoulder. You see Charlene’s silly side when she pulls her jumper (a.k.a. sweater — Charlene is Australian, and I got a kick out of the word “jumper”) over their faces.

These two are raw and sexy and, most importantly, in love. 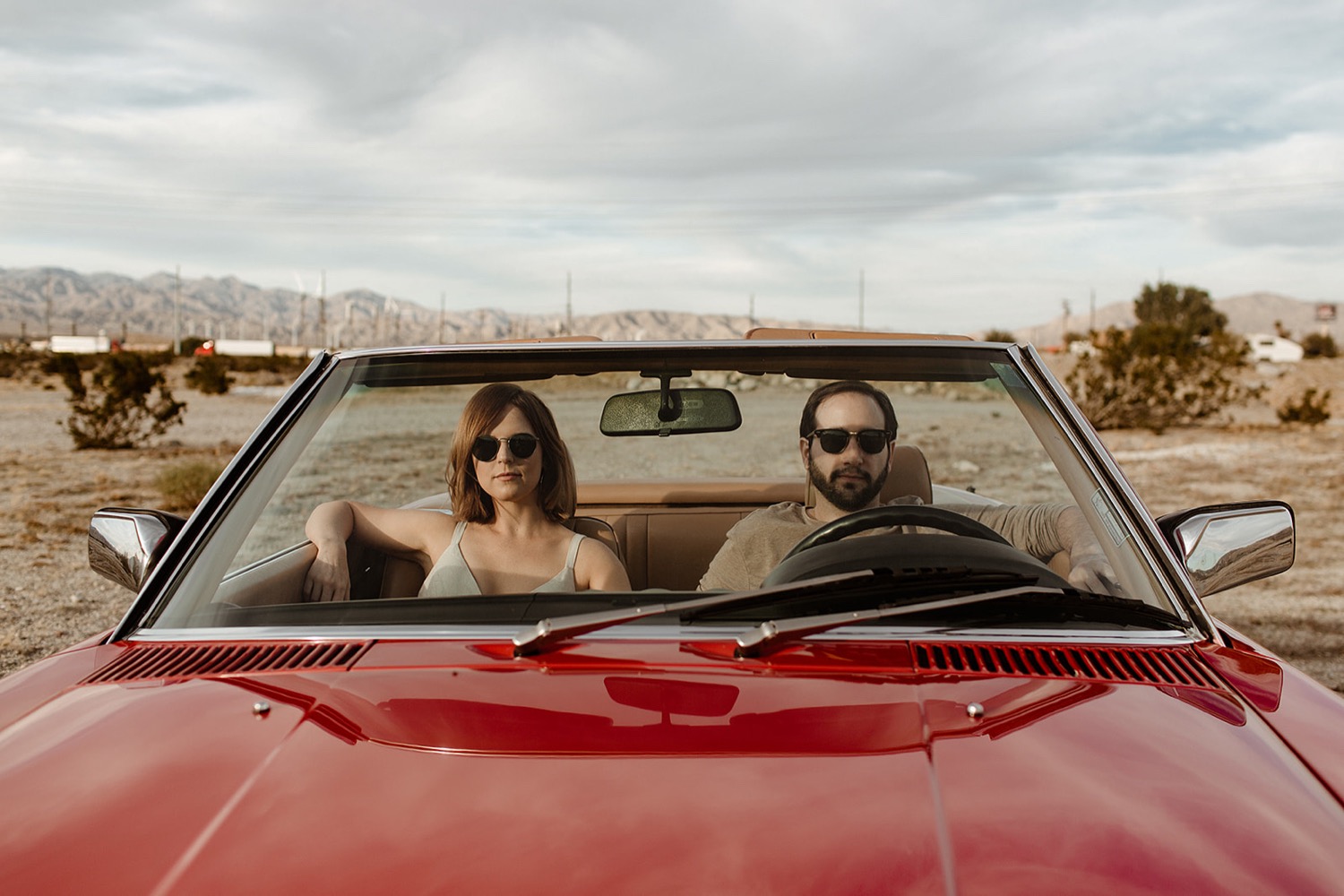 The Best Amazon Finds for Photographers »

You’ll get weekly freebies, intentional downloads and all kinds of business tips and tools to use within your own business and brand!